Book Review! Beyond the Mapped Stars by Rosalyn Collings Eves 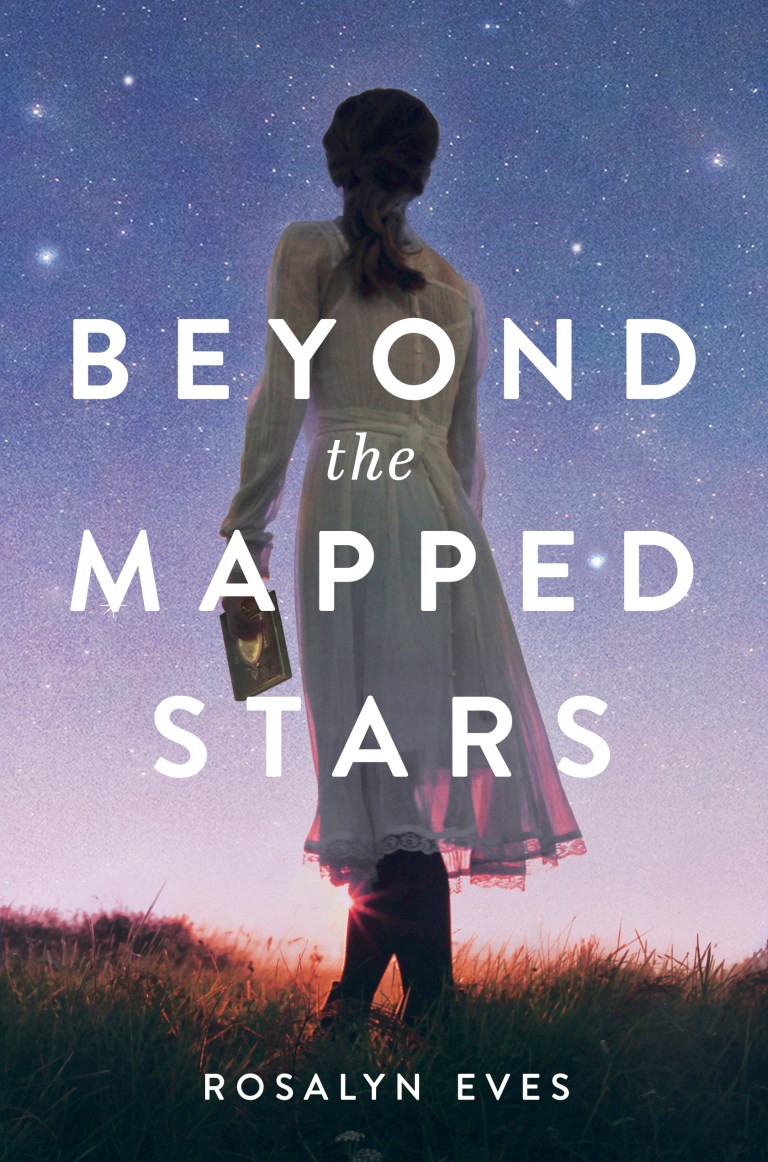 Who is ready for cozy sweaters, hot cocoa, warm fireplaces and good books?! 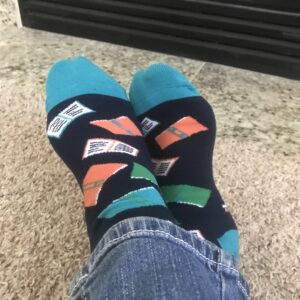 I’ve got my cozy socks ready for the fire!

I recently read a book that I loved. I haven’t reviewed any books or made any book recommendations for a long, long time (like years, people!). Remember how I retired from writing Bookscoops Reviews a long time ago? No? Well, I did. But…

This book is worth coming out of retirement for.

You need to read it!

In Beyond the Mapped Stars, by Rosalyn Collings Eves, the main character, Elizabeth Bertelsen, dreams of studying the stars. She wants an education, but is expected to help care for her own siblings, then marry and have her own family.  Any education she gets is incidental to those priorities. Before I go on, you should know a few things about Elizabeth, and a few things about me…

Elizabeth is the second oldest of her mother’s nine children. I am also the second oldest of nine children and I think this is the first time in my entire life I have read a book about someone so much like me. There are a few key ways that Elizabeth is not like me, but even then– her history informs my own. Elizabeth has an older, married half-sister and talks about the four babies her father and his first wife lost as well as the struggles her mom has as a polygamous wife with depression/melancholy. You might think that this is where our histories part ways but you would be wrong: this is where Elizabeth’s history informs my own. 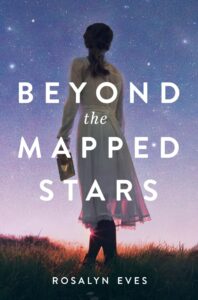 No, my parents were not polygamists (I see where your thoughts are taking you!). However, for years and years growing up, the stories I was told about my great grandmother Sophia Rebecca Kunz Buhler (Elizabeth’s contemporary) were sad. Stories of heartache when my great grandmother’s mom passed away a few months after childbirth due to appendicitis, leaving many children behind. For years, I believed the story that everyone else did too- she raised her siblings while working to graduate from 8th grade, which is true. She mixed bread dough in the mornings, took the littles to her ‘Aunt’s’ house, went to school, came home, baked bread, served supper, and did her homework.). All because they had been abandoned by her father who married another woman and went to live with her (not true).

It turns out history can be tricky, when it is written and rewritten by the people telling the story. As a grown woman with children of my own, I felt a connection to this great grandmother whose middle name I share. I went digging in our family records and what I found surprised me. As a member of the Church of Jesus Christ of Latter-day Saints or ‘Mormon’ as so many have historically known us as, I learned at some point growing up that there had been polygamy among members of our church. But certainly not in my family! Though I had heard every rumor or justification under the sun for such a practice in the past or in the future, it was something I never wanted a part of.

And then, I discovered it was my family. My great grandma was the daughter of a second wife. Her father’s first wife supported him for years by milking cows while he served a mission. At some point, he came home, took his herds to the summer grazing grounds in Eastern Idaho, and returned with a new Danish immigrant second wife from the summer dairy (my great-great-grandmother). I don’t know the details of how that went down, although it was a secret he kept from his own father who was trying to convince him to marry her (they had already secretly married by then). No one recorded or talked about it more that I am aware of. I have since read how early polygamists were hunted by Federal Agents in small towns around Bern, Idaho, and the system of warning signals networked from the train depot to the countryside to go ‘underground’ to avoid arrest.

Before and after our church officially ceased practicing polygamy, people were hesitant to talk about it for many reasons and were often asked not to do so. Assimilation can mean many things, and early members of our church assimilated to main stream American culture (more or less) in order to survive. I am so glad they did! My great grandma bore a son who married a ‘gentile’ from the nearby town of Montpelier, Idaho and the mixing of their two religious cultures produced a more acceptable narrative to his new bride’s sense of propriety and it basically went like this: Hide the truth. Change the Narrative. Especially when it’s repugnant to your sensibilities. I still remember the day I laid my research out, on the kitchen table I grew up loading my Thanksgiving plate from, and asked my grandparents for the truth.

What I love about Beyond the Mapped Stars, is that it doesn’t hide the truth.

What I love about Beyond the Mapped Stars, is that it doesn’t hide the truth. Eves uncovers so many of the hard-to-confront truths about Mormonism in a blend of contemporary and historical fiction that speaks from a place of knowing and feeling these truths herself. Elizabeth worries about people knowing she is a Mormon. She worries about the sting of rejection and sometimes hesitates to be herself (boy do I know that feeling!). She dreams of a future she doesn’t know how to create- a way to reconcile her dreams with her reality and find a way to be both Mormon and an astronomer. Is such a thing even possible? Elizabeth loves her family, and sometimes she needs a break. She loves her mother (who is a proper English woman) even though she experiences extended periods of melancholy, and needs extra help with the kids. Elizabeth misses her Aunt Elisa’s Danish fairytales and wonders how to reconcile her father getting a third wife even though he no longer practices his religion. I often wonder what fairytales my Danish great-great grandmother told to her children before she died and the British legacy of my father’s proper English family is still woven in the fabric of my identity. I relate to Elizabeth’s character on so many levels- even to the great love and honor I hold for those of my family who no longer practice the religion they were born into like Elizabeth’s father.

The most beautiful part of the book might very well be the scene where Elizabeth helps her half sister through the pains of childbirth. The research Eves obviously conducted into the birth practices of early Mormon mid-wifery informs this scene in ways I have never read anywhere else in fiction (and I’ve read a fair amount of books about midwifery and childbirth). It made me hunger to know more of the time in our religious history when women called the blessings of heaven down upon laboring women and ministered to one another. My own great grandmother helped her older sister through childbirth and I wonder how similar her experiences were.

At times it seemed the only things I don’t have in common with Elizabeth is that I have running water and I need an app to help me navigate the stars while Elizabeth seemed to know them by heart. We even both took a train ride as teenagers on our own (I did have my younger brother with me but it was just the two of us and I was in charge. I felt so brave and independent). Spoiler alert: My train ride did not have a train robber on it.

So many books have been written about Mormons for Mormons but this is the first YA Novel of its kind- it’s not about Mormonism or about converting anyone to our version of a happily ever after. It’s about a young girl, hungering for adventure and learning to embrace her past while forging a future all her own. Becoming our true selves is an adventure. When we learn to use the word and instead of or, we can be so much more.

***Full Disclosure: I bought this book with my own money. I was so excited for it to come out that I pre-ordered it. It did not disappoint!

I did win a contest created by the author. Which is how I got a package with the adorable cosy socks pictured below and above as well as an awesome galaxy inspired water bottle and a few other fun things. I was not paid for this review, and I don’t have any affiliate links in this post. 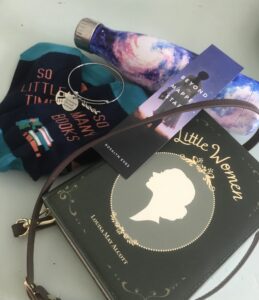