Home Front Girl- A Diary of Love, Literature, and Growing up in Wartime America By Joan Wehlen Morrison 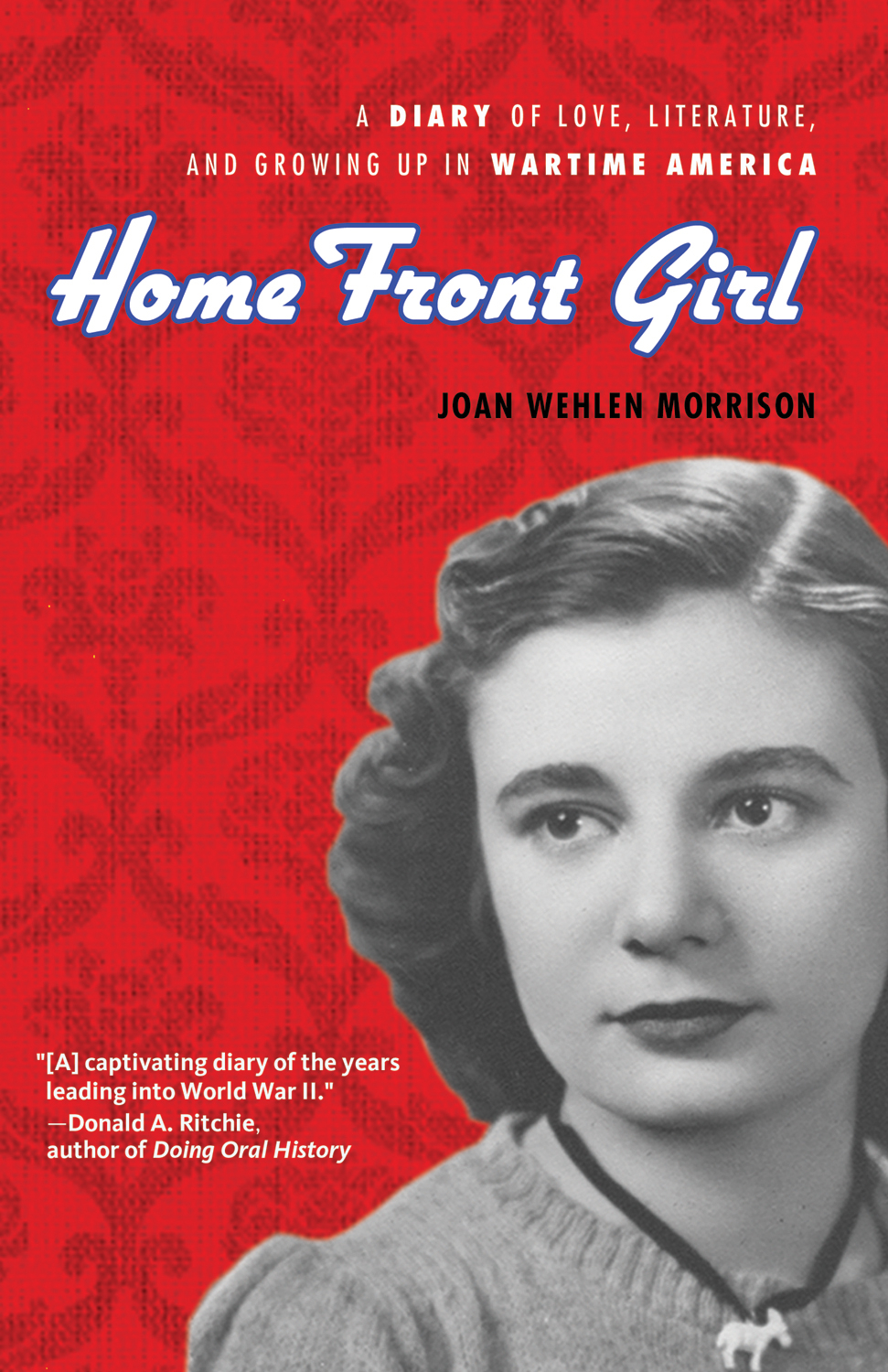 I feel like I have a new friend after reading Home Front Girl. Joan Wehlen was so palpable on the pages of this book, that I wish I had in fact met her and could call her my friend. Full of historical snippets and teenage soliloquys, Home Front Girl is the Yin to Anne Frank’s Yang.

One of my favorite parts is something Joan Wrote at age 17:

“Oh you, my generation! –we were a lovely lot! Sharp minds—arguing all the time and brittle bodies and even more brittle laughter—and all the time knowing that we were growing up to die. Because we weren’t fooled, you know. All through those bright-colored years of adolescence we knew we were growing up to disaster. For at least four years—well, three, before it happened, we knew it was coming. Some sort of inner sense of war lay upon us. We were pretty brave—we joked about it the way we joked about love and about the polio epidemic when we were all scared to death of it.”

Joan, more than anyone I’ve ever heard of at this time, felt the world was small- that all were worthy of brotherhood and peace, and saving and that war for anyone and everyone was wrong. This is illustrated in another one of her quotes, “London is Troy tonight. . . . Berlin is Troy too.” I think in this sense Joan is somewhat unusual for her generation, for most youth of her time were not pacifist. (Feel free to correct me if I’m wrong on that.)

I highly recommend Home Front Girl as a primary source for research and insight into the Greatest Generation as so many have called Joan and her peers. Joan’s writings are full of insight and humor and the every day happenings of a teenage girl. Even though Joan had profound insights, she also struggled with the same thing teenage girls struggle with now- school, boys, parents and knowing what to believe in.

Thanks to Susan Signe Morrison, Joan’s daughter for wading through pages and pages of memories to bring her mother’s diary to light and share it with the rest of us. I received a review copy of this book at no cost to me courtesy of Caitlin Eck, publicist for Independent Publishers Group. The opinions are my own.