Last year for my daughter’s 5th birthday in an attempt to promote literacy, be more environmentally friendly and inspired by I’m Buying Books for Holidays campaign started by Amy at My Friend Amy – I gave out books as party favors. I’m just not a big fan of cheap plastic toys that are not good for the environment and pose a choking risk to my 1 year old. The theme last year was Curious George and it was a ton ‘o fun. This year her theme was Rapunzel’s Revenge and I think we had even more fun this year. 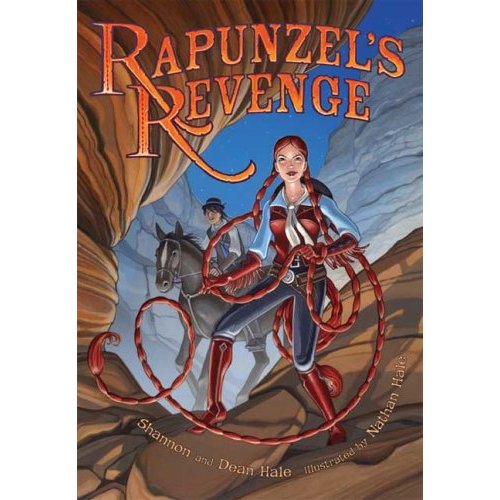 My daughter likes to plan in advance (she’s like her father) and has her birthday parties and Halloween costumes pretty much scheduled for the next 2 years. She has been wanting a Rapunzel’s Revenge birthday party for over a year now. I wanted to give every child a copy of Rapunzel’s Revenge, but it just wasn’t in the budget no matter how much my heart was in it.  However, we did buy one copy and have a drawing and I got some other cool nonfiction books about animals, the earth and space to give away. Everyone went home with a book. 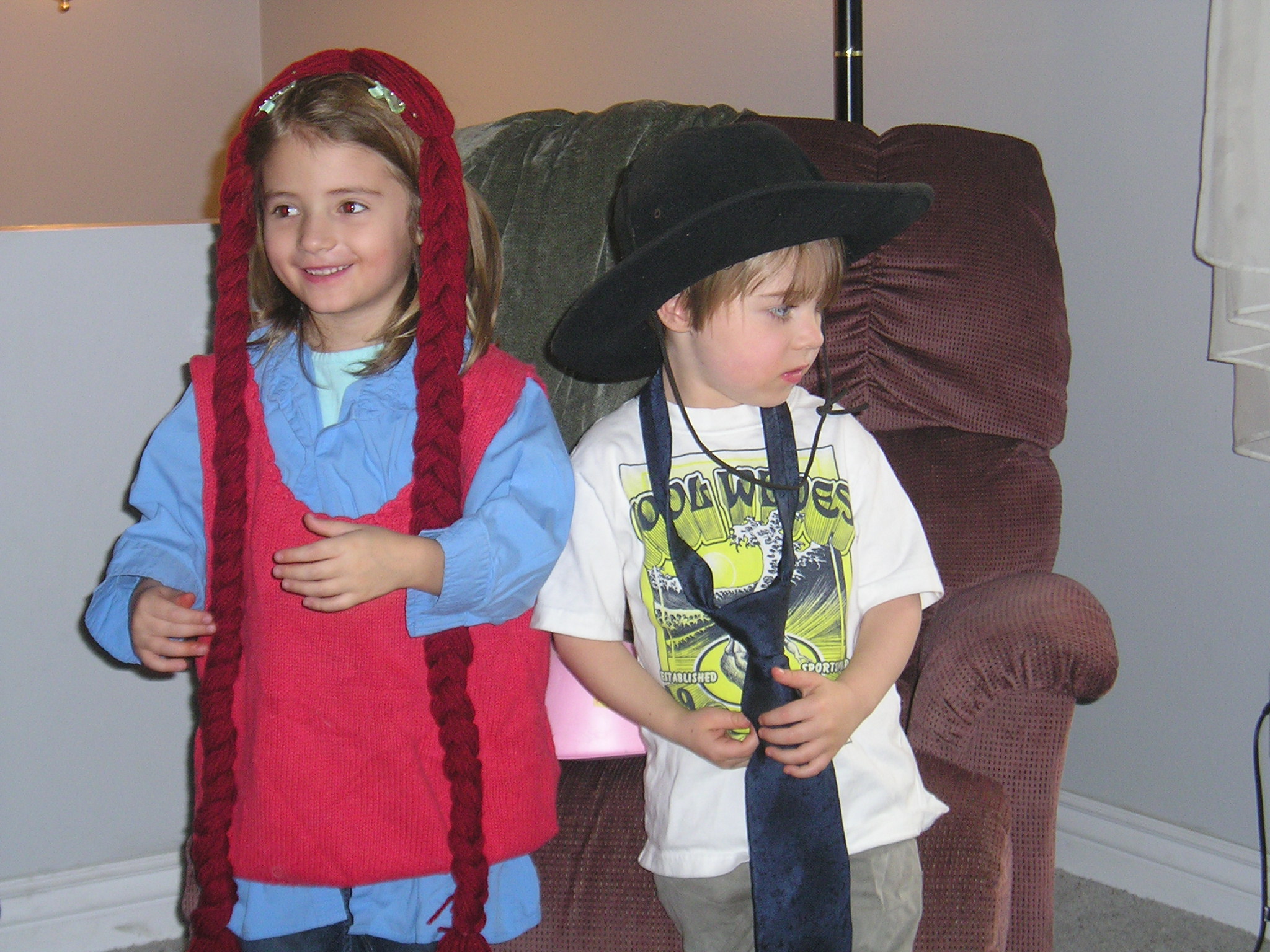 I knew that not everyone would be familiar with the book Rapunzel’s Revenge, in fact I was pretty sure that only one other parent, a fellow book blogger had even heard of the book. With my daughter’s heart set on doing her party around one of her favorite books, I decided we would act out a scene from the story after a little explanation of the Rapunzel story. Did I ever mention I love telling stories especially to a group of children? I’m not sure who had more fun me or them. Anyway I made a Rapunzel wig out of red yarn, which by the way 8 feet is not enough you probably need more like 12 to 16, but the kids didn’t mind. Got an old blue blouse and red vest, a hat and tie for Jack and a few other costumes and we acted out the scene where Rapunzel and Jack round up the coyotes. The kids ate it up, my favorite comment was, “Wow Rapunzel has really cool hair. . .I want hair like that!!!!”.

I then told the kids that Mother Gothel, a.k.a. the evil witch had hidden the birthday treasure, but that Rapunzel had left a note with a clue – three clues in all. We followed the clues and found the treasure, which of course was books, seeds because Mother Gothel has growth magic and then some combs because of Rapunzel’s whole hair thing plus if you noticed Jack’s hair is not exactly short either. 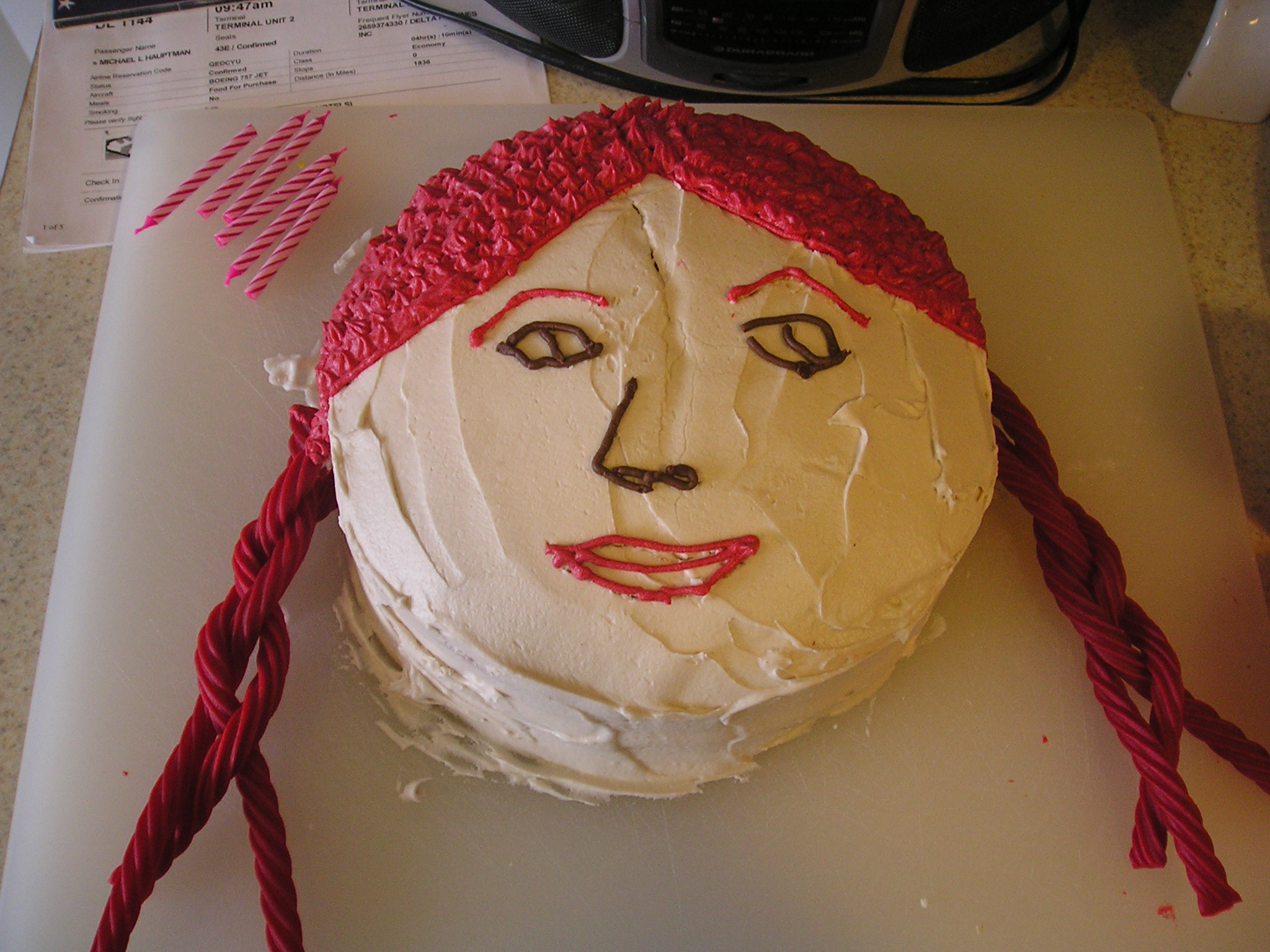 Doesn't do Nathan Hale's work justice, but the kids loved eating her hair.

My one regret is that I did not get a video recording of the performance. It would have been classic especially with all the ‘coyotes’ howling and Rapunzel and Jack chasing them down the hall. But the most important part is we had fun and each kid went home with a book. Next year my daughter is planning on Calamity Jack for her party and I’ll let you know how that one goes. I would again encourage everyone to buy books for birthdays as a way to promote literacy and the make excellent party favors and themes.