In celebration of Earth Day 2011, Holly is pleased to host Joel Seibel, the illustrator of Nature Squad’s new book: Bluebird Finds a Home

In conjunction with our interview below, we are facilitating a giveaway of #1- a signed illustration by Joel Seibel, and #2- a copy of Bluebird Finds a Home signed by author Ryan Jacobson. To enter the giveaway, please see the instructions at the end of our interview. 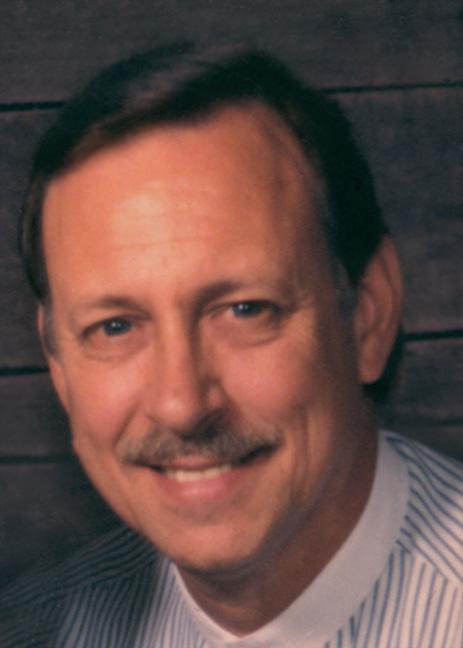 Welcome to Bookscoops Joel! Please tell us a little about yourself so our readers can get to know you?

I was raised in Burbank, California, and I lived just a few miles from Disney Studios, which is where I started my career at the age of 19. Four years later, I found myself at Hanna-Barbera, where I stayed for 28 years, working on shows like Tom & Jerry, Scooby Doo and the Smurfs. My wife, Ellen, and I moved to Minnesota in 1982, and I started working for Warner Brothers Studio. In 1996, I received a primetime Emmy Award for designing the Pinky & the Brain Christmas Special. I still work on shows like Angelina Ballerina and obviously have begun illustrating books too. My career has been very full and blessed.

We are big fans of Tom &Jerry and the Smurfs at our house! Scooby Doo fits in the mix as long as it’s not too scary. My 4yo actually handles Scooby better than his big brothers sometimes. Speaking of cartoons, what are some of the commonalities and differences between animation and illustration?

The big commonality is that you’re sketching and drawing for both—but animation moves. You have time to get across an action or what you want to happen. In illustration, one drawing has to tell the whole story. It’s a lot more difficult to make sure you have the right depiction of the right moment in that drawing. In Nature Squad, there could have been any number of 40 or 50 drawings for each page. We ended up with one specific drawing that told the story best. That’s the difference. Sometimes that can be harder than drawing several pictures. But it’s nice to be able to do just one and move on, which is a real breath of fresh air when you’re used to drawing the same things over and over again.

I had never thought about animation as being tedious before, but I could see how doing the same things repeatedly could be that way. Did you run into any difficulties illustrating the Nature Squad? If not, what has been your most challenging illustrating/animating dilemma?

You run into difficulties on everything when you’re illustrating. Where do you start? On each page, how much and how little do you need to do? You can overdraw and you can underdraw. I try to eliminate dilemmas by doing thumbnail sketches. I do rough, tiny sketches of each page and go back and forth with the publisher and author until we know exactly what we want. I make sure we eliminate potential problems before I really get to work.

An animating dilemma? One time, they had me doing a guy on Flintstone Kids, and he was pounding on a drum and dancing at the same time. The dance had a different beat than the drum beat. Now, you only have so much you can do and only so much time to do it, and it was really difficult figuring out how to do that. By the time I was done with it, I didn’t like it. I told the director, “I don’t think I can do this.” They gave it to some old pro who had been animating for a lot of years, and I don’t know if he did it or not. But it was awful, and I still remember the horrors of that from 35 years ago! 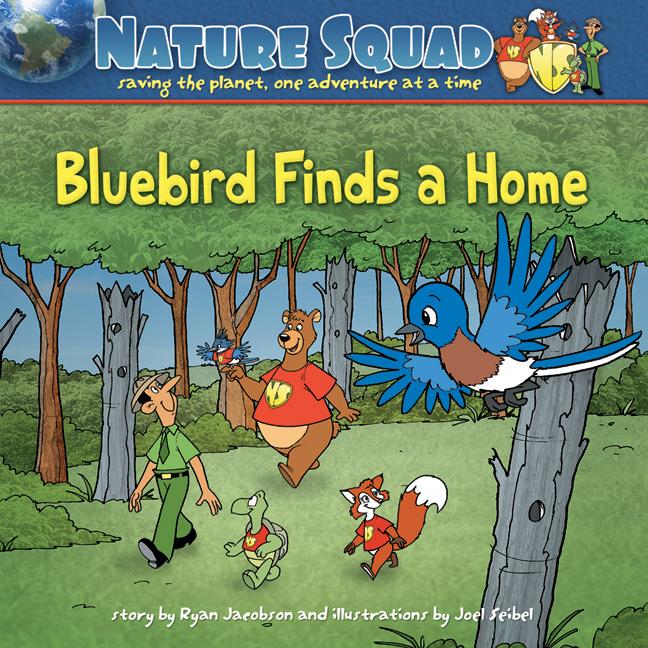 Ah! I know just what you mean. A long time ago, in my nerdy high school days, I played the cymbals in marching band. There’s nothing like having to put your foot down to march, while at the same time having to only play on the up-beat! I don’t know if I ever got it right. I’m sure that trying to animate something like that would be incredibly difficult! Speaking of difficulties- if you had to choose . . .who is your favorite illustrator and why?

I love the old Dr. Seuss books. I love his characters. I love the wackiness, the hair, the outfits, the shoes. Everything about them was really designed great. It’s like he said, “There are going to be parents reading these books to kids over and over again, so I want the parents to enjoy them too.” I love that he did his own stuff. No one was telling him what to draw, so he had a freedom to do what he wanted, and it really comes through in the illustrations.

Dr. Seuss truly was a genius with rhyme and whimsical illustrations. We read his books often here. In fact  just a few weeks ago my 4yo drank too much soda and was sick sick sick! The ABC book was my favorite as a child. What is one of your favorite memories of reading as a child?

You’re going to love this: I have none. I have no memories of reading anything as a child. I couldn’t read. I found out much later in life that I have dyslexia, so every time I tried to read, words and letters on the page would go goofy. To this day, I can read half a page and can’t tell you what I’ve just read. I can’t retain it. I wasn’t ever really taught to read. Back then, if you didn’t know how to read, it was your tough luck. It was such a chore for me that I would never elect to do that. My mom did my book reports. I can honestly say, I’m now 68 years old, and I’ve never read a book. I have to wait for the movie! For some reason, the only book I’ve ever been able to read and retain has been the Bible.

I am always so impressed to learn about the obstacles surmounted by those with learning disabilities. I have a brother who is dyslexic and I remember tutoring him in reading. It was very frustrating for both of us. He has gone on to accomplish amazing things and has one of the most incredible memories for oral language I have ever known not to mention his amazing negotiating skills.  Mo Willems is another dyslexic author/illustrator we greatly admire here at bookscoops!

What do you enjoy most about being an illustrator and what is your favorite medium to work in?

I love working at home, and I have now for over 30 years. I’ve been able to make my own office, and I’ve been my own worst boss. I work myself to death. I live in Minnesota, so I have a slower, easier pace. It’s a really neat life. It’s very calm compared to the hairy lifestyle of a place like L.A. Unfortunately, I’m still on a California deadline, which can get crazy. But at least I get to do it how I want. I’m fortunate to have gotten to a place in my career where I can work without the need for someone to look over my shoulder.

My favorite medium came from being in the design department at Hanna-Barbera Studios. We did all of our presentations and design work in ink and magic markers. The stuff was so sharp. It looked really good. I started combining magic markers with colored pencils. I found out later on that every time I’d do that, it would never look the same when it was printed. I wasn’t able to match printer capabilities—I was using too many colors. So I started messing with colorizing on the computer. That’s what I do now. I’ve learned over the years to get a certain look and a certain feel that way. I draw in pencil, ink over that with pens, and then scan and color them on the computer.

I understand that printing art work for books is difficult because of the loss of certain elements. Printing has come a long way from what it used to be though! It would be great to have the capability of gallery quality printings in our literature, but I suppose that art galleries aren’t going to go out of business anytime soon. However, we may see leaps and bounds with digital books becoming so popular! 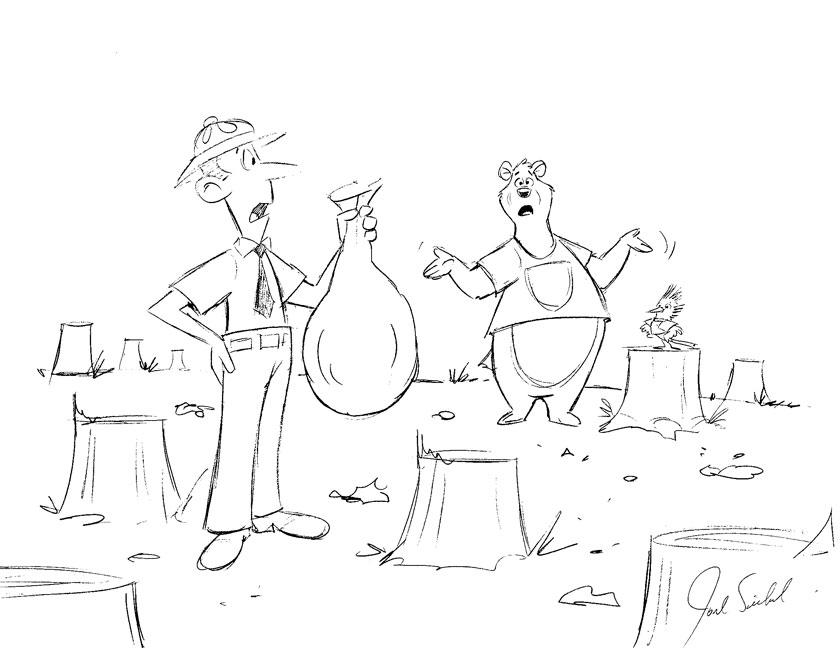 What advice do you have for aspiring illustrators and/or animators?

For animators, the key is really to get a good education. Back when I started in 1963, I had dreams of being the next Walt Disney. I could go into the studios and get all sorts of on-the-job training. I couldn’t have afforded to go to a really good animation college. But those days have come and gone. Nowadays, animation is a huge thing. It’s an extremely hard industry. There aren’t any studios that are going to take you and teach you how to do it. So if you want to be an animator, go to a cheap college and learn all of the basics for a couple years. Then find yourself a really good animation college. When you come out, you have to be ready. But find out who the instructors know. If you can’t get a good letter of recommendation to a few studios, you shouldn’t be wasting your money at that school. On the other hand, illustration is different. Schooling is important, but it isn’t quite as essential if you draw well. You just need a good portfolio, and you need to get it out there. And you can always illustrate your own book too.

Thanks for the educational tips! What’s next for you? What other projects do you have in the works?

I’m starting work on my own children’s book. I’m hoping to do another Nature Squad soon. I just finished up an Angelina Ballerina, so I’m expecting a call from a studio with a few new animation assignments. I’m also thrilled to be doing a children’s book about a brother and a sister who are excited because Jesus is coming to town. Basically, it’s about what they go through to meet him and what they think about it after they do.

It sounds like you don’t lack for things to do! It’s been fun and informative getting to know you. Thanks for the opportunity to host your book tour!

My pleasure, thank you!

Giveaway #1- an original, signed illustration by Joel Seibel (similar to the one in the interview!)

To enter the giveaway, please comment on which giveaway you would like to win (or both), and why. For additional entries you may also:

3- Link to this interview and/or our book review

Bookscoop’s giveaway is limited to the continental United States only. The winner will be randomly chosen and notified shortly after the close of the giveaway. The giveaway will close at midnight, MST, Saturday, April 30, 2011.