After Hello by Lisa Mangum Review by Holly Papa 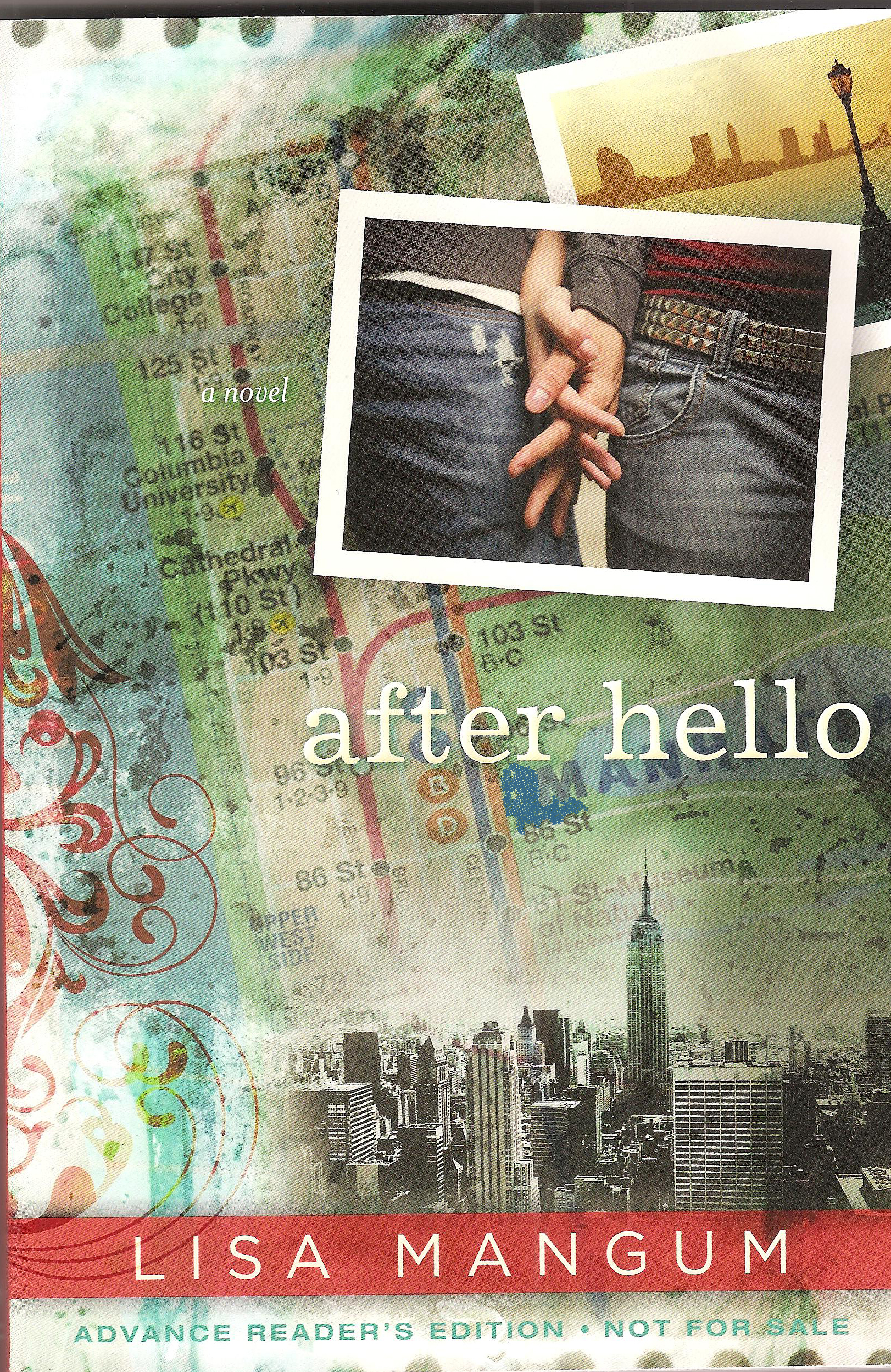 After Hello by Lisa Mangum

So, I met Lisa Mangum and she is awesome. Which explains how her books became the same way. I was excited to meet Lisa when I realized she would be at the writer’s conference I went to last summer. I had recently discovered her Hourglass trilogy and couldn’t wait to meet the person behind that great story. I was not disappointed. Lisa is very friendly and easy to get along with.

But, this is not a review of Lisa, it’s a review of her most recent book, After Hello. I wasn’t expecting anything like the Hourglass Trilogy, although I think a small part of me was hoping for some magic anyway. Which, now that I think about I still got. After Hello is set in New York City and is filled with the hustle and bustle and craziness that is the magic of New York. I went there once (to New York) and I was actually the same age as the protagonist in the story. I could relate in a zany way- as in an I once was there and I was way too naive and dependent on my Aunt to take me around to possibly be this character sort of way. There’s some suspension of disbelief that I had to employ in reading because there was no way on my bravest teenage day that I would have acted anything like Sara or Sam, the two main characters. And yet, I still enjoyed the story and found myself wishing I’d been that brave and bold  at the same time that I was glad I wasn’t so blind and trusting. Perhaps that is a clue to creating lovable characters- make your readers love them and hate them and not be able to set the book down because they want to know what crazy thing they’ll do next and you think that by reading faster maybe you can make sure they don’t get strangled by some crazy psycho lurking in the alley.

After Hello covers such a short period of time that it is amazing the depth and character development taking place. Sara and Sam are both in very different places by the end of the book. A 24-ish hour difference. I was left hanging at the end of the book and would love a sequel even though that’s not in the plans. You can read all about it in my author interview with Lisa Mangum where she tells us her upcoming plans here.

Now, what are you waiting for? Time’s awasting! Check out the great sugar packet trading contest with awesome prizes and you have way more than 24 hours to see what kind of trading master you are. I’m thinking I want to trade my sugar packet for a trip to France… but that would take some serious trading skills so we’ll see.  If you could trade for anything, what would you trade for?